She’s more gunpowder than girl—and the fate of the desert lies in her hands.

Mortals rule the desert nation of Miraji, but mystical beasts still roam the wild and barren wastes, and rumor has it that somewhere, djinni still practice their magic. But there’s nothing mystical or magical about Dustwalk, the dead-end town that Amani can’t wait to escape from.

Destined to wind up “wed or dead,” Amani’s counting on her sharpshooting skills to get her out of Dustwalk. When she meets Jin, a mysterious and devastatingly handsome foreigner, in a shooting contest, she figures he’s the perfect escape route. But in all her years spent dreaming of leaving home, she never imagined she’d gallop away on a mythical horse, fleeing the murderous Sultan’s army, with a fugitive who’s wanted for treason. And she’d never have predicted she’d fall in love with him…or that he’d help her unlock the powerful truth of who she really is.

Rebel of the Sands follows Amani, an orphan stuck living with her aunt and uncle. Dustwalk, her hometown, is a dead place and she finds herself suffocating in it; she’s dreamt of running away to Izman for a long time. Soon she finds herself in an unexpected journey with an unexpected companion. Without realising her plans change and so does she.

I LOVED AMANI! She is a kickass protagonist; when everything was crumbling she didn’t whine or cry, she took it in her hands to find a solution. Reading about her dressing up as a guy to earn her way out of Dustwalk was some of my favourite parts. Ahh, my blue eye bandit won me over from the start. And, I loved how she wasn’t one of those sacrificial lambs who always thought about how the outcome of their decisions would affect others. She was selfish, tough, and somewhat naïve, to watch her grow was truly amazing. Even though watching her leave some people behind made me churn a bit, I loved how she didn’t continue to do so in the future – I just really love her development.

The world building was alright, I felt it was a mixture of Middle East and Wild Wild West, not entirely Middle Eastern. Also, the world building could have been executed better – something was missing. (Maybe a map like Six of Crows could have helped.) The magical aspect was interesting as well, it doesn’t come into play until the second half of the book, but when it shows up it does not disappoint at all.

I loved the comrade between Amani and Jin, but I felt the romance on and off. The fact their relationship was built on lies didn’t help. However, I did enjoy their friendship. I kind of felt their feelings for one another were kind of rushed, but they haven’t exchanged I love you’s or made unreasonable/rash decisions for one another, so that was a plus point. I’m hoping in the next book their relationship develops more before they get together. I just really want a slow burn.

The secondary characters were fabulous and I’m eager to see more of them in the future. Shazad is also a strong female character I grew quite fond of rather quickly. Hala was a sweetie pie and I wanted to keep her protected (just like Ahmed). Bahi and the twins were cute as well. I enjoyed Ahmed’s character as well, I’m hoping he as a bigger role in the next book. I loved how Hamilton was able to execute an amazing development with them – they tied perfectly with the story.

And, I almost forgot, the writing is glorious. Hamilton sucked me in with her captivating plot and beautiful writing. I need the second book soon, I really don’t know how I’m supposed to wait. (This is why I like reading series that are complete.) 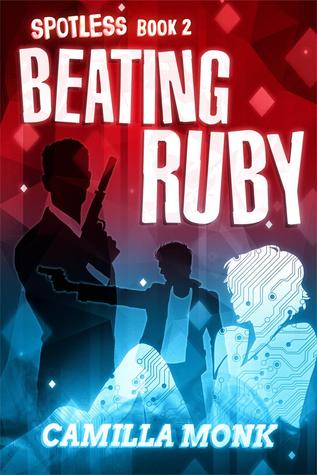 Life hasn’t been quite the same for computer engineer Island Chaptal since March, an OCD-ridden professional killer, burst into her life to clean her bedroom and take her on a global chase for a legendary diamond. Sadly, the (hit) man doesn’t just break bones; he breaks hearts, too.

Since then, Island has found solace in Alex—the perfect boyfriend—and Ruby, a software project about to revolutionize online banking security…for the worse. When Island’s boss is found dead after allegedly using Ruby to steal a vast fortune, it’s up to her to clear his name and recover the money. Someone else wants answers, though, and this time, Island might be in over her head.

From New York to Zürich, it’s going to take the return of a cleaning expert, a mini-octopus, and Island’s wits to beat Ruby. All while deciding whether to trust a man who already jilted her, or one who may have his own deadly secrets…

Beating Ruby picks up six months after Spotless, Island is working on a computer program, Ruby, and she is helplessly trying to mend her heart by moving on with a sweet guy named Alex. She goes to work one day and finds out her boss is dead, the police call it a suicide; but Island isn’t convinced, she investigates on her own and finds out it’s a lot more complicated than she imagined. With the help of Alex and Mr November (March), Island goes on a mission to get to the bottom of everything.

“They collided together like fiery particles, their joining a passionate fusion of every single atom in their bodies.”

“As soon as their eyes met, torrents of honey suddenly flooded the secret well of ecstasy concealed under her shift.”

See what I mean. Aren’t they hilarious? These are just a few I couldn’t stop laughing over. Island’s thought process along with Mr November’s OCD and cleaning instincts were highly amusing. I don’t think I’ll ever tire of Mr November’s cleaning obsession; his reaction when seeing the vase after the epic showdown, when Island mentioned it’s better not opening her suitcase, and when he saw her panties on the lamp, they were all hilarious. Mr November is definitely one of a kind. The book really took off when he showed up.

There was a “tad love triangle”, but I wouldn’t really classify it is a proper love triangle; there was/is only one person Island truly loves. I’m talking about you, Mr November. Unlike the first book, where I didn’t really feel the Island/March romance, I definitely felt it in this one. I kept swooning whenever he called her biscuit. Alex was great, up until the moment he did what he did (can’t say…spoilers…duhh). I’m positive this isn’t the last of Alex we’ll see, but I’m not sure how I feel about that.

Like the first book, this doesn’t end with a cliffhanger, rather it ends with a there’s more to the story vibe.

I received an ARC of this book from the author in exchange for an honest review. 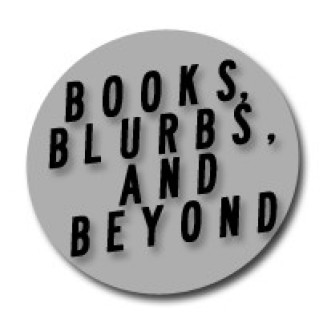